This is the detail of nba games in which kevin durant and lebron james played against each other including head to head record stats average game highs and game by game data both in the regular season and playoffs. They faced each other a total of 35 times in nba games.

Lebron james comparison head to head comparison between the nba stars lebron james and kevin durant that includes championships won honors and awards obtained regular season and playoffs stats and other data put side by side. 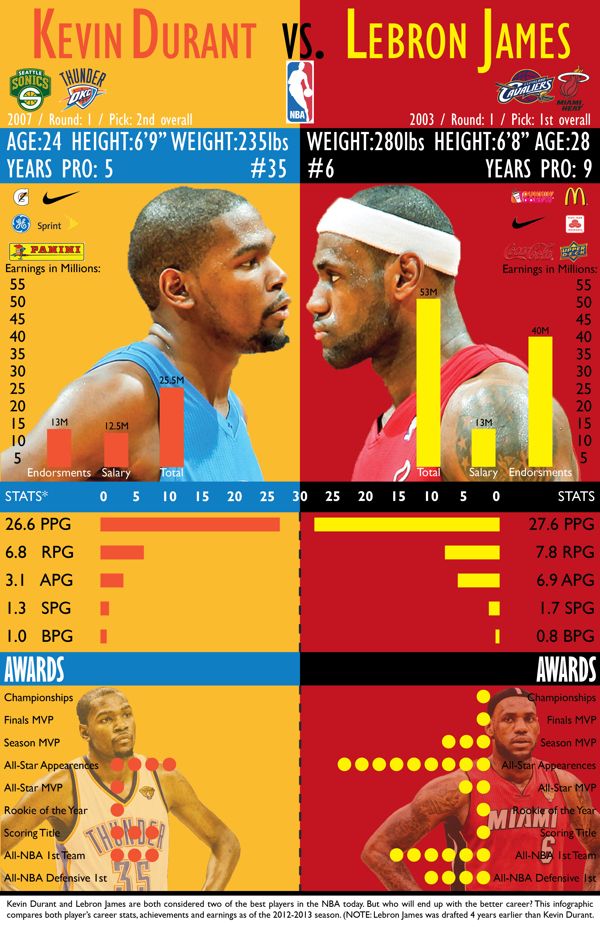